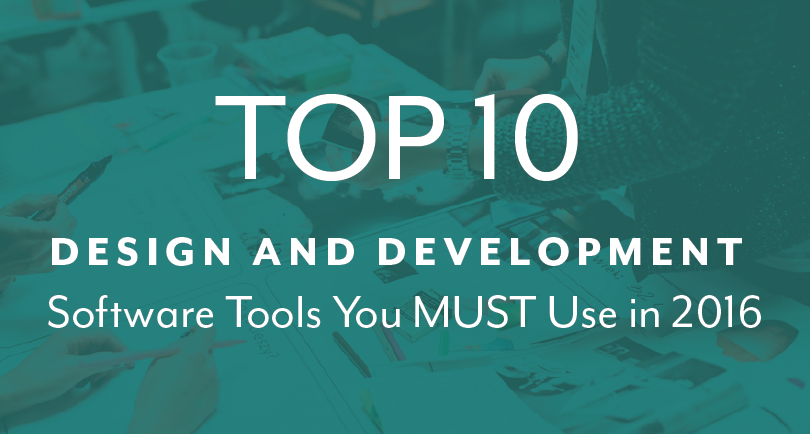 If you’ve been in design and development for any length of time, you already know about the veteran software tools available to you: Adobe, PHP Developer, Sublime, and Yeoman, just to name a few.

However, this year has been a big one in regards to changing how developers and designers work together – it’s no surprise that static images are only so useful and there are now more options than ever to make interactive mock-ups of websites and apps. We’ve listed some of 2016’s top contenders for changing the way design works. We’re excited to see the change as developers and designers become more intertwined. 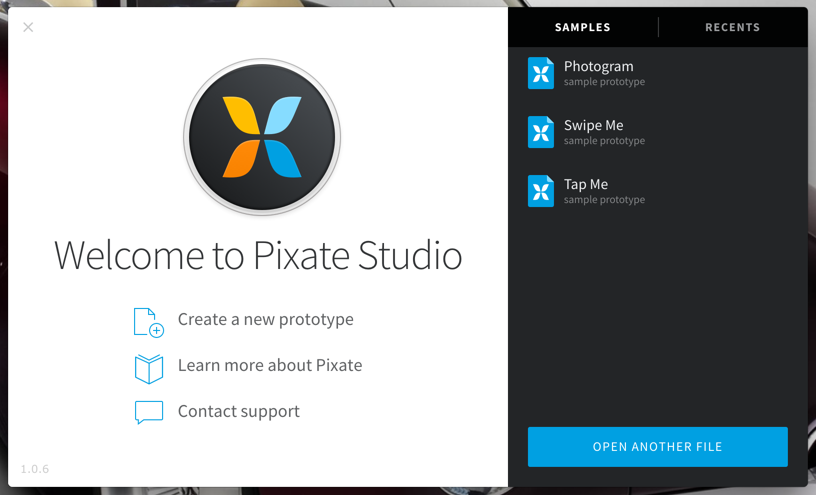 Need prototypes for Android and iOS? Then Pixate might be for you. With easy interactive elements and an intuitive design, Pixate is simple and straightforward. You can even edit your prototype and see results in real time! 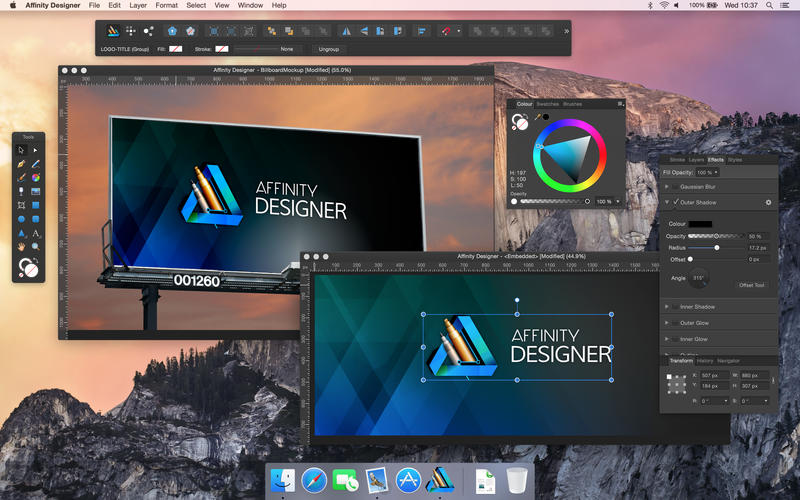 This tool is geared towards easy graphic design and web development. Comparable to Photoshop, the sleek layout makes it easy to learn the ropes. Fun features like 1,000,000 percent zoom and an undo history are added extras and make getting that perfect design a little easier.

Built by the same team that brought you CSS Hat and PNG Hat, Avocode is a simple way to create websites and apps from Photoshop or Sketch. Avocode analyzes your file and puts it into a UI for you, giving you full control over exporting assets. Avocode gives everything necessary for coding to the user. 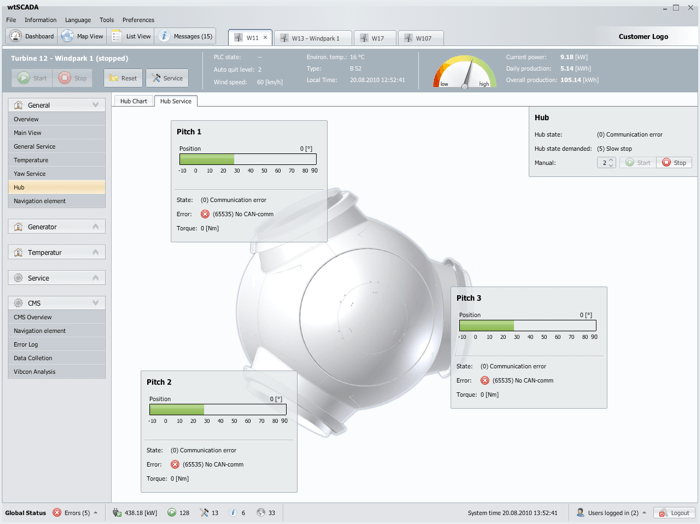 Antetype is an efficient and easily learned tool to create responsive Uis for apps and websites. It does not seek to replace developers, so it cannot create production files. It is, however, effective and ideal for presenting ideas to clients. Upon downloading you are given widget library and you can start designing right away. 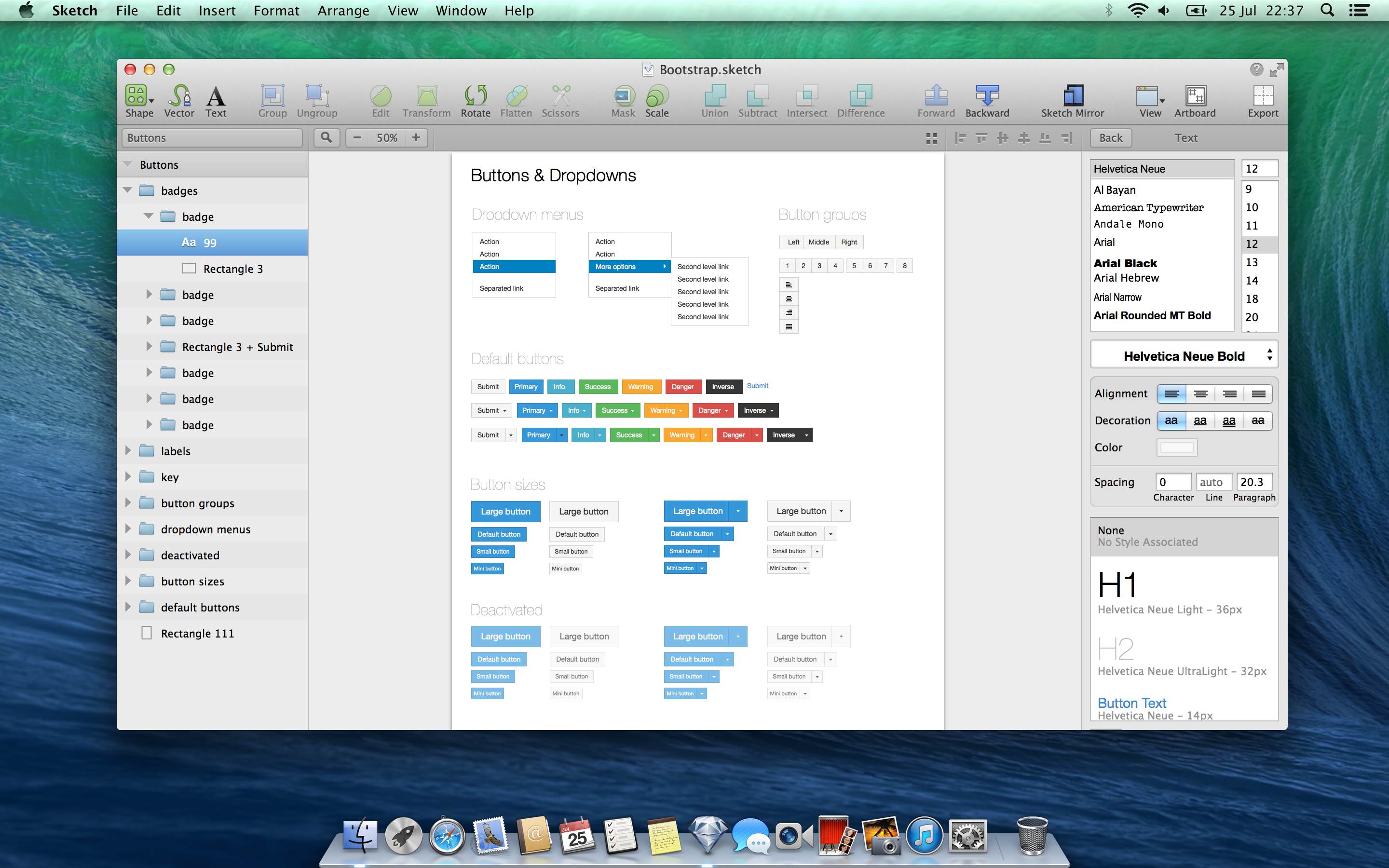 Sketch is an app created for the modern digital designer and it seems to be working well as it has gained a massive following since its launch in 2009. Sketch 3 boasts improved exporting, symbols, and simplified vector modes. It also has incorporated CSS logic, which makes it easy to convert your work into CSS. 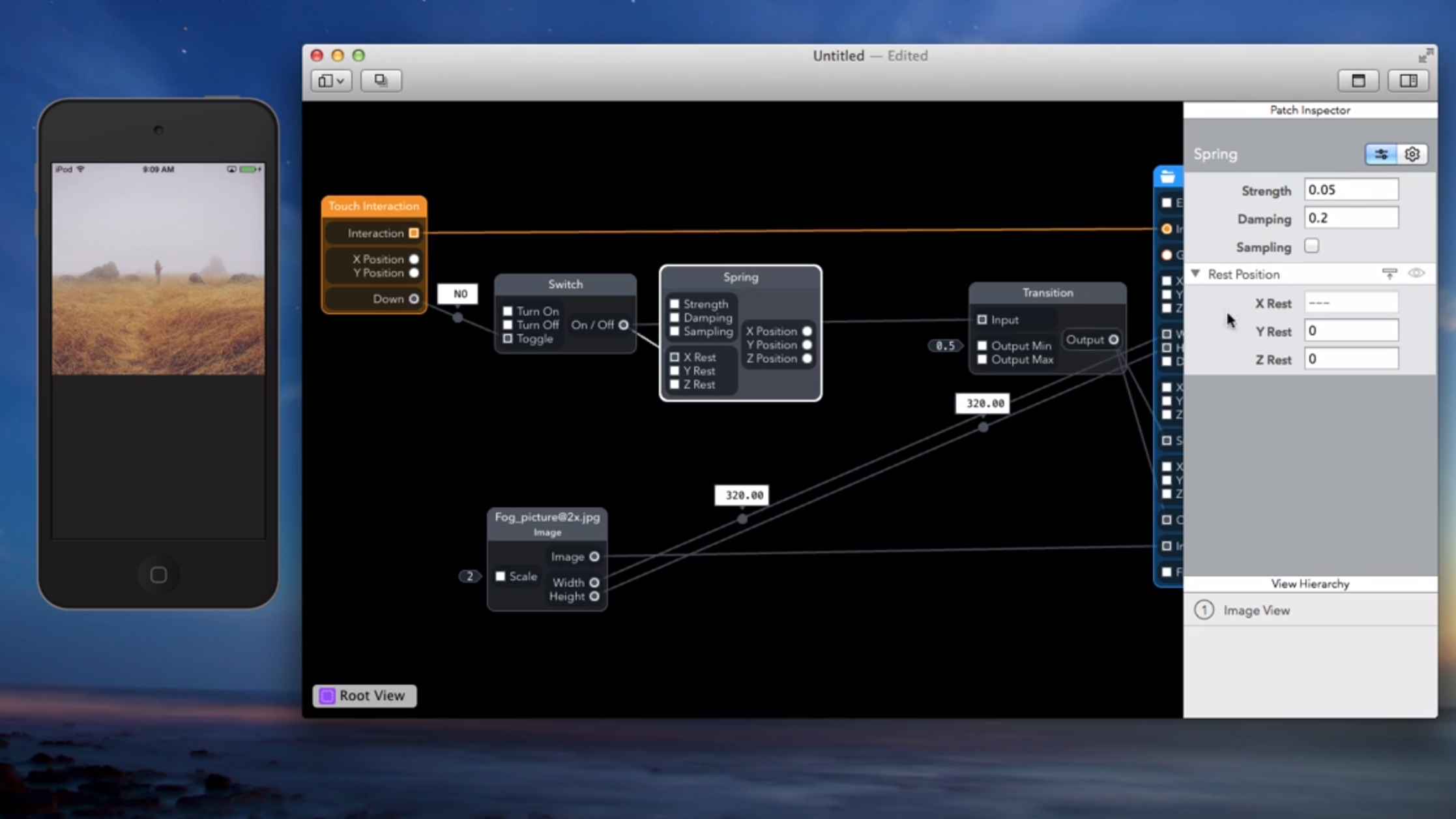 Form is a prototyping tool without a tools or layers palette: it is a mix of both design and code. It may be difficult to grasp if you are accustomed to creating visuals in Photoshop, but once grasped, the prototypes made in Form are just as powerful as the coded app would be. The goal of Form is to produce prototypes that are similar to what you would get in production. Creative coder Max Weisel says “We want designers to work directly on the production side of an app, and at the same time free up engineers to focus on more complex problems”. 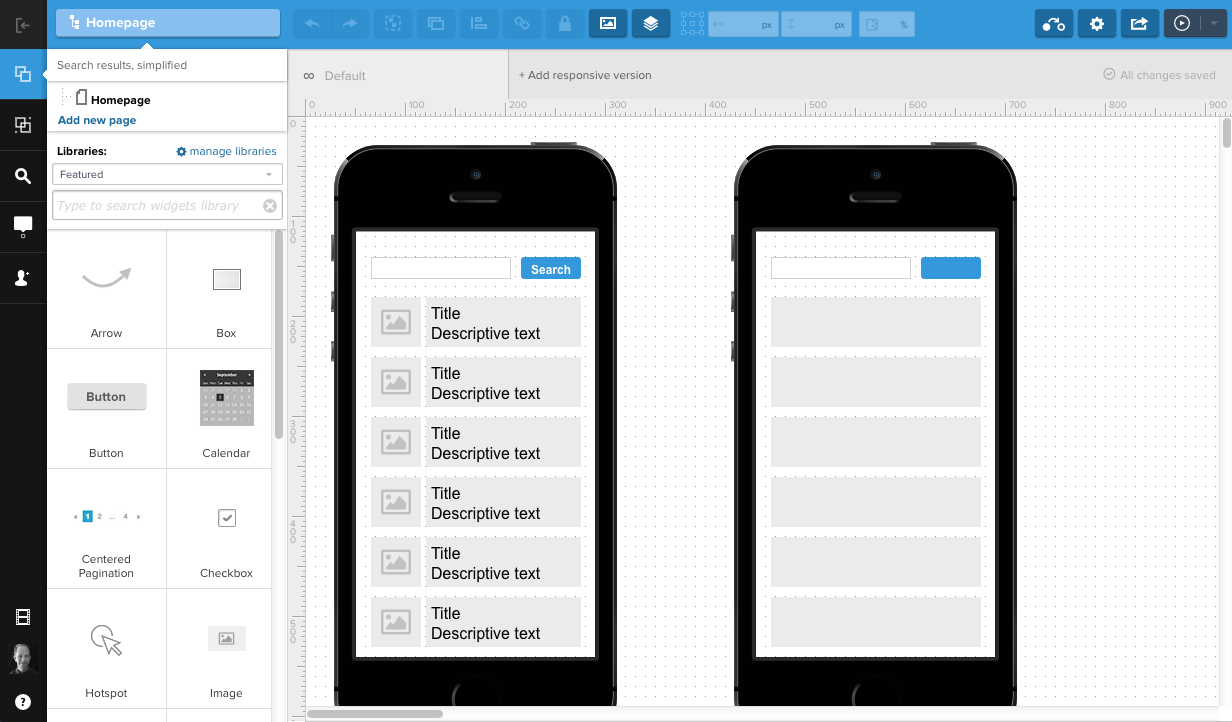 UXPin is an easy and effective wireframing and prototyping tool. It is designed to have a broad spectrum of use, so you can use it to create both low-fidelity wireframes and hi-fidelity prototypes.You can start from an empty iPhone app or website template or import an already created design from Photoshop and add interactivity. The point and click interface also makes it easy for clients to leave comments on different elements. 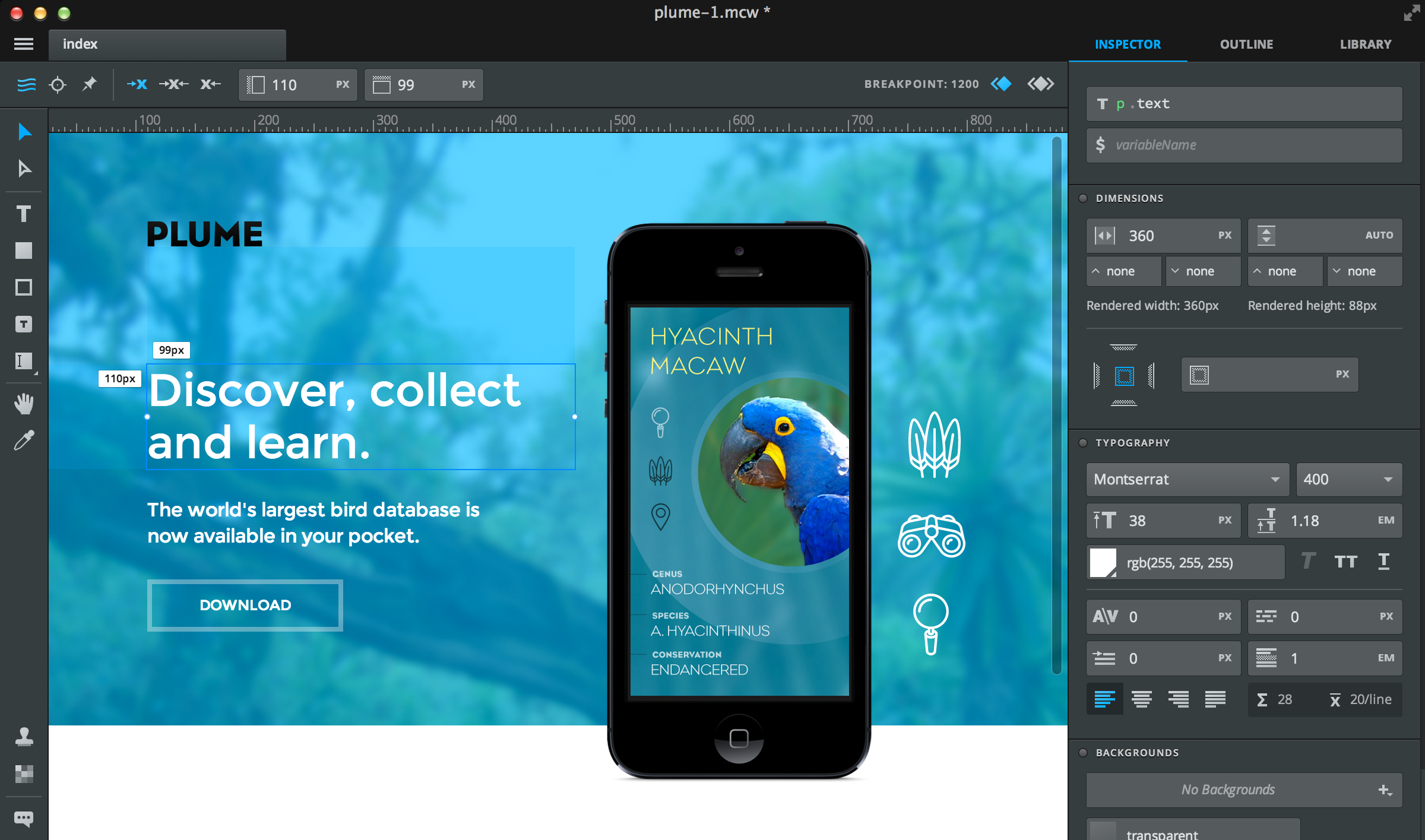 Web design, HTML, and CSS? Macaw does all three. One can easily create responsive designs without touching any code and the design is simple and familiar. The app allows you to adjust the layout and shows the effects of changes in real time, so you can see how they change the overall design. Finally, the code Macaw produces is well-constructed, unlike other apps that let you down at this point. 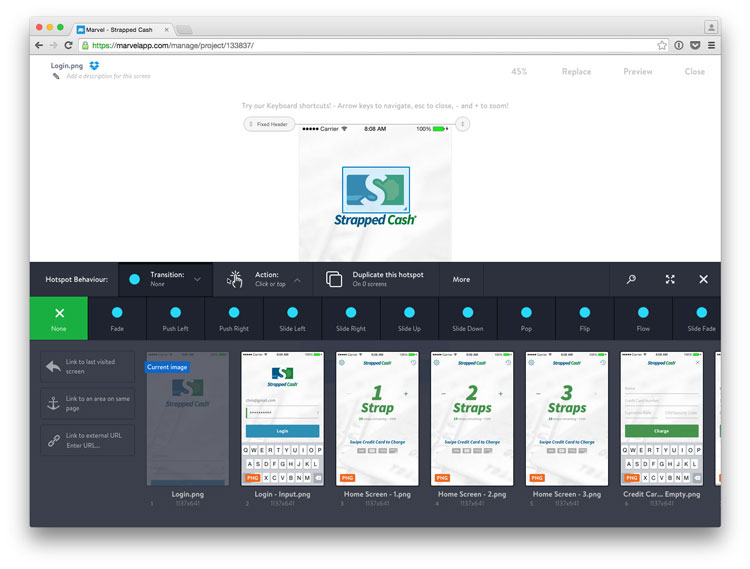 Marvel is a ‘code-free’ prototyping tool that allows you to transform images and sketches into interactive prototypes, it links to your dropbox (which you need to have in order to work with Marvel). Once your PSDs are in place, you can hotlink your pages together. Marvel users can also change how they view their project, whether it’s a website or ios app. 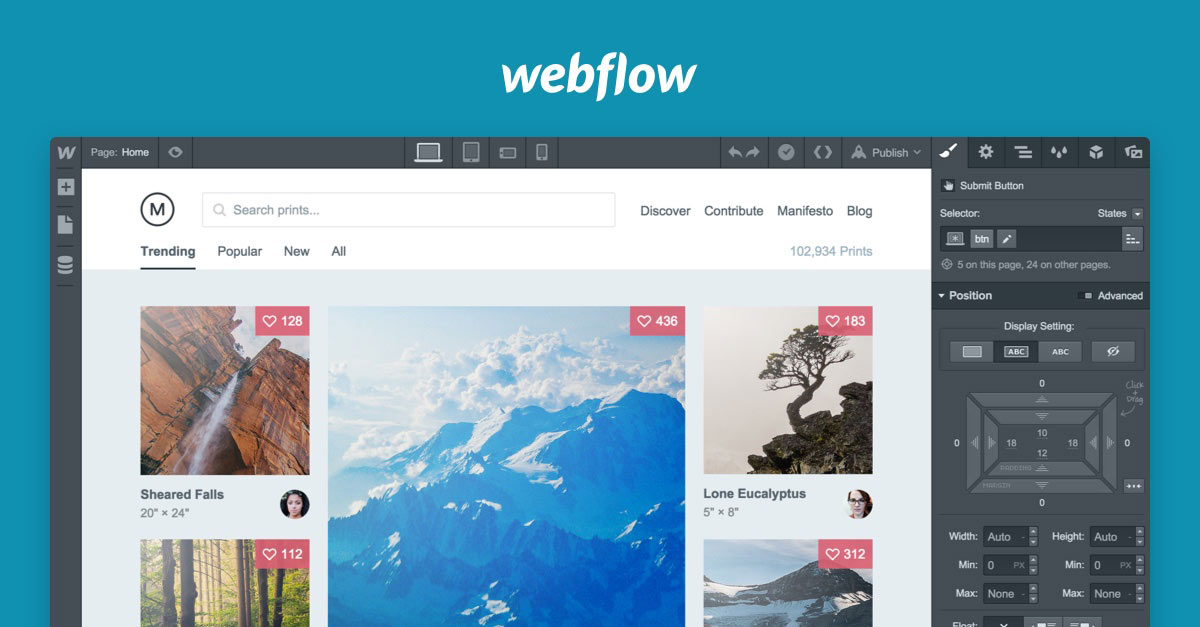 While Webflow may not be the most useful for someone who knows nothing about code, it is a helpful tool, if even just for prototyping. Its streamlined UI allows for more focus on design, but you are limited in what you can create as there’s no drawing tool. Webflow does help web designers create and publish websites much faster and will host for a monthly fee.

If we missed any useful design tools in the roundup that you can’t live without, let us know in the comments! We hope this helps you decide the best option for your next prototype and we can’t wait to see what happens on the internet with changes like these on the rise.

Jason Long is the founder and CEO of Brainleaf and an Information Architect and Managing Partner at CodeWright. A self-professed serial entrepreneur, he is always interested in new businesses, new ideas, and new ways to change the world. He has over 15 years of experience in design and development and has served in a variety of different roles ranging from designer to Information Architect to CEO. He spends most of his time focusing on the build and development of new ventures while trying to travel the world.